May Through to Early August

Winter in Queensland has not been the total cause of slackness on my part even tho today 8th August is overcast and cool so yes in doors and finally updating our blog.

Over the last few months I've been going through trials and tribulations in getting onto NDIS Nationnal Disability Insurance Scheme a support funding avenue to all things for all sorts/forms of needs for people with disabilities. I started this in March, funding granted in June but meetings after meetings after meetings longest being 3 hours. Finally on track sort of yes it not over yet!! The funding is granted for a 12 month period but they do not take into account the time taken for all these meetings and interviews so almost 3 months down the track and I am still awaiting an Occupational Therapist Report for a wheelchair, bathroom alterations, and other minor clearance.

Mean while I struggle with my shoulder which is healing and I am able to use more each week.

Project wise I have been clearing the benches one at a time, when shoulder and above meetings/interviews have not hindered. 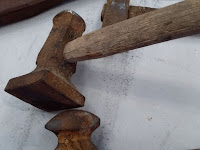 Hammer Handles for one of the QMAC fellows Ray Hunt with we have become friends with and his wife Charli.
Ray had scored the Hammer heads some with dodgy handles some without at bargain prices. 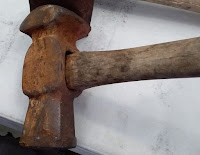 Old above were cleaned up by Ray while I made new handles. 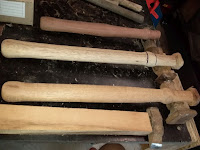 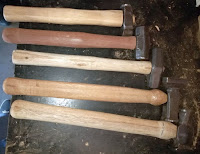 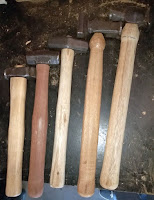 A quick Flyer alteration for Demaris  so she could fill a bobbin completely, the bobbin had been rubbing on the orifice end and far to close at the opposite end. 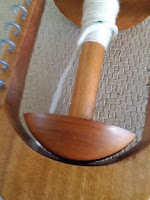 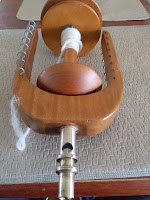 Sue has been baking some fresh potato bread and a pumpkin and herb, also a Pizza pull apart. 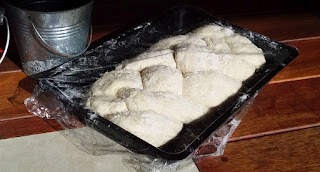 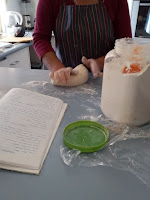 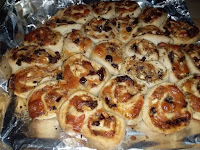 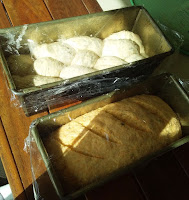 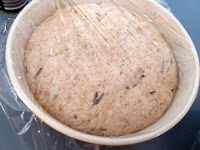 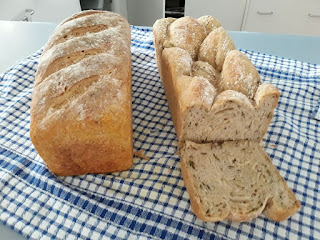 Sue brought home two looms from the Spinners & Weavers group to re warp and set up and design the pattern up. 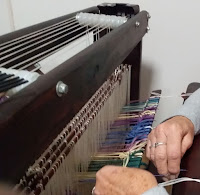 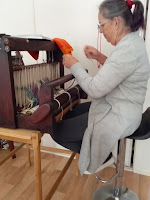 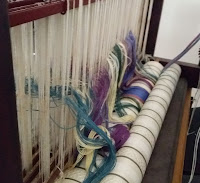 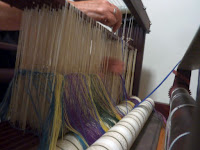 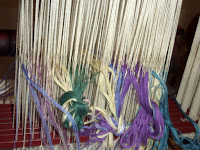 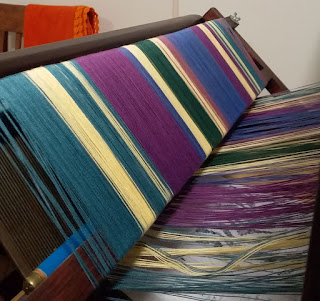 Sue knitted up ten beanies for Alice Springs Bennie Festival.
The Owl took a bit longer than most. 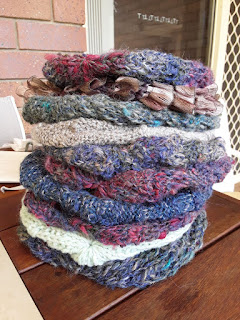 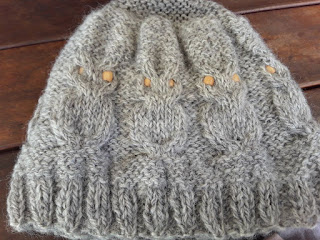 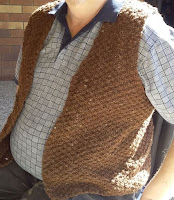 I got my rib warmer vest just as winter chill came it is really nice an warm Alpaca and Merino. 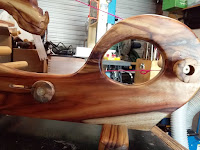 The Dragon's Return.
Judith found she required a longer adjustment to the Inkle Loom I had made so a 2nd slot and adjustment was added.

Over the last few years a fellow in Yorkkshire Uk and I have been swapping pen blank timbers Ian sending me that which doesn't grow in Australia and visa versa. Ian like myself is into other timber work as well as Model Engineering.We don't snail mail these as my good friend Alan Flett plays courier usually.
However our new neighbour Lyn was heading across he oceans to see family and she took over and mailed up from London 2kg of blanks for Ian. Ian had mailed down to Lyn's son a box of goodies for me. A book on wood turning, a Record No45 plough plane with blades all in excellent condition he'd scored this when helping an old friend sell off gear due to dementia. As well as a few Yew pen blanks. Plus a 20 tooth Myford ML7 gear I had been chasing. 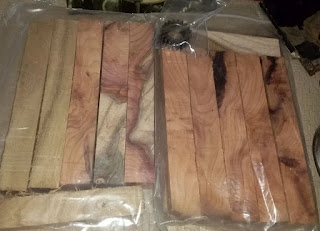 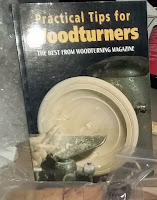 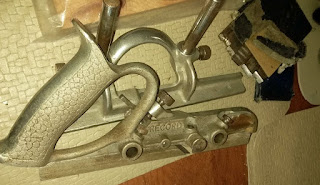 I scored via Graham Wilson from QMAC a nice pair of these medical clamps I can use for small fiddly items I am working with.


For some time I had been going to make a box to store all/both Dremel and Taurus tools and bits in. Aldi had a sale of an artist box I got Sue to get me 3 in all, the other two housing my pen making gear and my Microplane & body file tools.

Yesterday I sorted out much of the Dremel box fitting a heavy duty foam for the bits into it, fitting a far better lift handle for the top tray (Sue's idea) good use of packing tape.
I will make and fit a retainer for the two Dremel extension shafts latter. 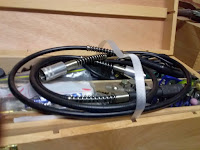 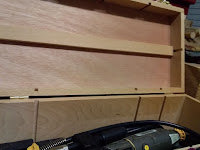 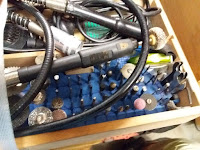 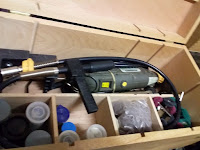 Well thats it for now, until next time and new installment.

Posted by Ray & Sue Sanderson at 13:19 No comments: Links to this post