I Got Bagged Today

I got a surprise today when Sue came home today from spinners and weavers.

A nice bag brought back from Strahan Tasmania where a lovely lady Peggy Dicker and her son David had visited Tasmania's Special Timbers over the last few weeks.

What an amazing smell my office now has,  thanks in finding such nice blanks of Huon Pine.


The Honey is Leatherwood from Cradle Mountain yum. 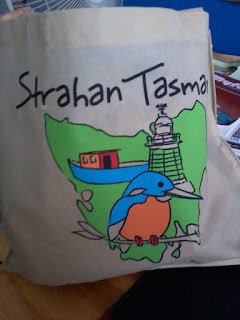 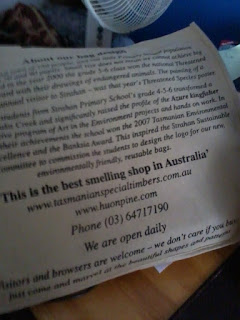 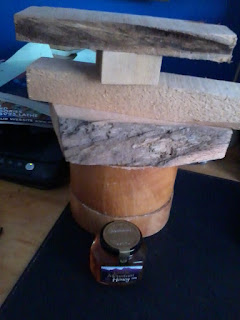 Posted by Raymond Sanderson at 15:27 No comments:

Lots of rain this week 3 days cold and not much chance to be in the workshop. Friday, Saturday and today a big difference warm and sunny. So with some help from Sue at times I got the drill press table finished. 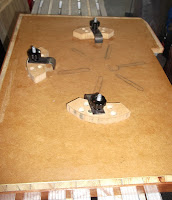 Friday I cut the blocks which were to go under the clamps. Drilled and fitted the 8mm bolts glued in with epoxy. Self tapping screws
countersunk to hold them in place.
The clamps are off the old table. just 1/8 x 1" flat bent. 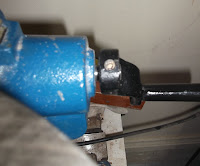 One major draw back is the height winder handles on all drill press, more so with a table fitted. So a large nut was drilled out 12mm to fit the shaft. A M5x6mm grub screw drilled, tapped and fitted to a flat edge. The fitted to the shaft.

I had a spare 13/64 spark plug socket and 1/4 drive ratchet. This works well and with a flick of the lock it is easy to adjust incrementally if need be.

I may turn off some of the socket to make it shorter. 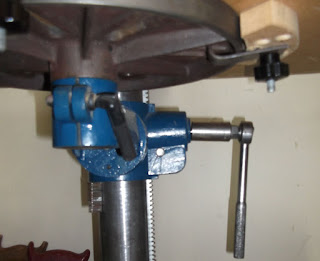 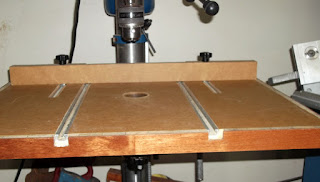 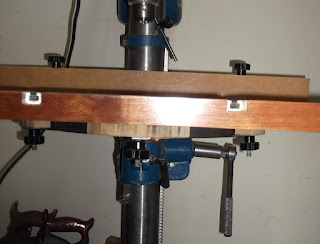 Now ll is fitted the height is so easy to adjust while the table is fitted. I think all drill press regardless should come standard with a ratchet type height adjustment and a better lock leaver for tightening the collar.
Posted by Raymond Sanderson at 17:24 1 comment:

June 2010 I had made a drill press table of Melamine/chipboard, this had been excellent except for two things.
1 It was not thick enough for a table 19mm
2 Not deep enough for the T-channel 12mm which together when clamping down it flexed.

It did serve me well during that time.

As I am limited in space and as we do we use these things to put such as cups of tea on, yes I spilled my full mug of tea on it Chipboard loves moisture.

So began plans for a thicker newer design. 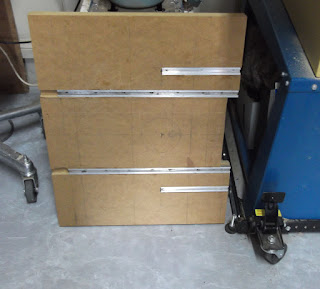 I marked out the new style with extra T-channels to be routed. This time instead of just a twin set of T-channel I have one just for the fence which allows it to reach just past centre of the drill point. The second goes right through this will be the clamping tack. I have  placed these at a depth .5mm below the top, epoxy and screwed down.

The excess MDF was cut off  and a new fence made from the off cut the 35mm MDF, turned on its edge which allowed me to drill through and put the lock knobs at the top.

I machined 2.5 mm off the heads  of the hex bolts to allow better slide and no bind.
NOTE: On the ways of the lathe is an magnetic L or P plate inverted found on roadsides they fly off cars so easily. They make a great way of cleaning up and protecting they ways from swarf as well as cleaning up of course this is for magnetic materials only.


The edges of MDF are easily damaged so I used some floating floor T&G scrap Sue picked up just glued and clamped. There is another reason for this also but thats another blog post.

The previous table had a rectangular base to help strengthen with a circular cut out which allowed for quick and easy centering and mounting of screw clamps to lock it in place.

As you may have guessed this has been done of a couple of weeks as I/we have had other things to do, as well as winter chills and flu's to battle at least I was getting a morning in the workshop.

After a clean up of glue and trimming and sanding the edges a coat of Wipe On Polly to seal and protect the surface and the fence. All that remains to be done is the centre hole drilled and locating blocks and clamps to be fitted. A smaller centre hole instead of 100mm/4" it will be 50mm/2"

Thats it done maybe a 2nd coat of Wipe on Polly. 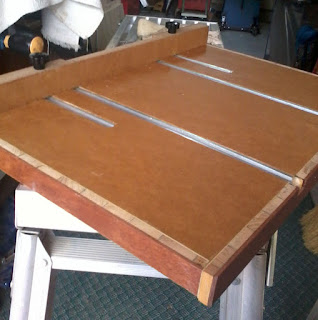 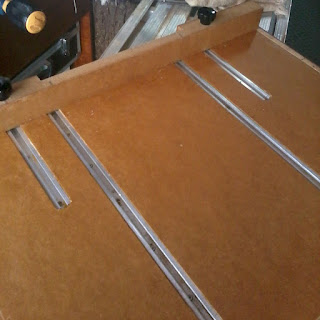 A clearer photo taken this morning 24th May.
I was setting up to do some more work when rain started yet again seconds earlier it was nice and sunny. 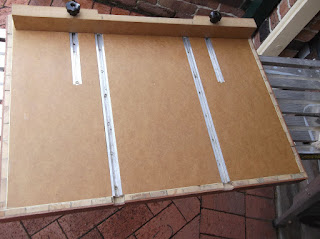 Posted by Raymond Sanderson at 15:19 No comments:

Another collaborative between myself and Isabel she handed me the finished capelet on Friday. I dyed and spun the yarn back in January this year. This is another one which is going up for sale to raise funds for our guild.

Posted by Raymond Sanderson at 15:08 No comments:

Last September I bought a new wheelchair since then I have felt very un-easy in many situations due to difference of balance as the front castors were situated behind the front support in a trailing manner. My old wheelchair were leading and situated in front.

A 2 hour visit back to Aidacare where I bought the chair gave no satisfaction of an quick, easy or inexpensive outcome. Now by rights this was a dangerous situation as I had been thrown from the chair twice due to a shorter wheelbase and pivot points making things very unstable so they should have I believe been held responsible.

I can't fault the to fine chaps who went out of their way with time and ideas to try as much as they could with stock off the shelf to rectify the problem, only to find that a brand new shipment of foot plate brackets was going to put peoples lives in greater danger than mine already was. Thats their serious problem, now I hope not one chair is sold till it is rectified. The design engineers and production team in Asia need one heck of a shake up from what I saw.

Ok onto my own remedy and fix.

The reason is that moving the castors forward  then had them hitting the foot plates by 50mm.

First of all my old wheelchair front frame came in handy two tubes where cut to extend the top pivot points of each side 50mm, an aluminium sleeve turned to suit (oh it's so nice to have the Myford) and inserted, drilled and bolted with the original pivot piece.

Next and much thanks goes to my son Peter for his help with this part my hands just refused to work well as I was rushing and unwell.

Making the lock bracket.
Two pieces cut 150mm long from an L 3mm shape of Aluminium from Bunnings. Marked out and shaped on the bandsaw and cove sanded to final shape on the drill press using a radial sanding tool. Holes drilled after numerous checks for alignment of the first one this was all done by Peter on Saturday. The second one I did today, then came in doors to sit on the floor for final alignment and drilling of two holes to join the two brackets. This seems strong enough but a third can be added if required. 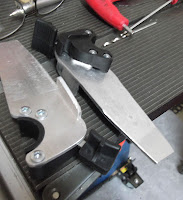 All fitted and aligned.

I tried it out and I am no longer going to suffer leg cramps. Entering and leaving sloping drive ways will not have me hanging on for grim fear of being thrown out of the chair due to the tip point of the front castors.
Leaving and entering homes with even a single step the wheelbase will now allow some distance to make it easier.


Oh replacement cost of new foot brackets were in the region of $180. This repair has cost me about $40 total and a few days work.

I would like to make a brand new top bracket but I do not have a tube bender or TIG welding gear and its over 30 years since I did any TIG welding. A gent off the forum has offered to should I need to go further thanks Kieth.
Posted by Raymond Sanderson at 18:24 No comments:

A Starret Dial Guage and other bits n pieces.

I recently purchased an old Starret No 25-B Dial gauge among some other bits n pieces from a friend Pat who has a knack of scrounging garage sales etc.

I figured reasonably priced at $30 even though the plastic face had come adrift and the anvil as sticking.

A tiny bit of glue (not CA as it effects this type of plastic) re fitted the whole bezel correctly which allowed a little more travel and stopped the needle sticking. Yep it still stuck when fully depressed so some advice from the metal section of the woodwork forum (Thanks Rob) and I removed the back cleaned fully and lightly oiled with sewing machine oil all working parts a wipe with a lint free cloth and I was getting grit out a further light oil an closed it back up as I had full travel and no sticking at all.

I'd like to make a couple of different anvils for it although the one fitted is quite ok it does hinder full travel due to a shoulder. 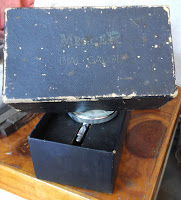 In the box as you an see he anvil is stuck in. 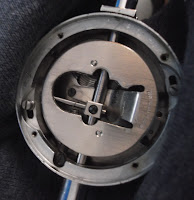 The back opened during cleaning and the finished look. 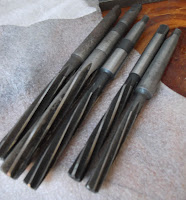 Some of the other things picked up on the day (Above) a set of fluted M1 reamers.
Below a small set of various hone stones. 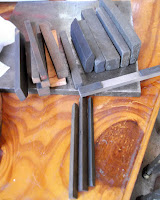 Vacuum bags and Free small vac to be used on the Myford.

A new fellow to the forum Dave brought along a nice bit of Pepper Corn tree burl. 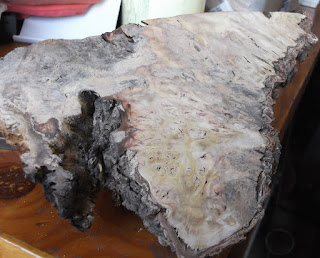 Posted by Raymond Sanderson at 17:46 No comments:

I saw my lovely wife Sue have a beautiful weekend celebrating Mothers Day 2nd Sunday of May.

Saturday Peter brought Nathan and Bianca over while he helped me out in the workshop she had 4 hours enjoying their company.


Sunday a foggy start to the day which turned out a warm sunny one. Belinda and John had arranged to take her (us) out for the day to Australiana Pioneer Village at Wilberforce on the way out Peter, Nathan and Bianca rang her to wish her again Happy Mothers Day.

During the day Mark rang also to wish her Happy Mothers Day they Christian Brodie and Nichole and Mark all were heading to the airport for their trip OS, have a safe ones guys and enjoy. 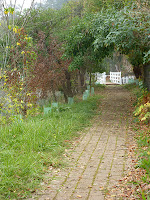 Some of Sue's photos of the day. 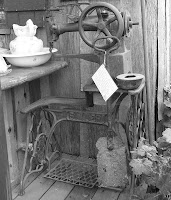 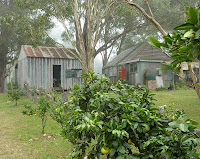 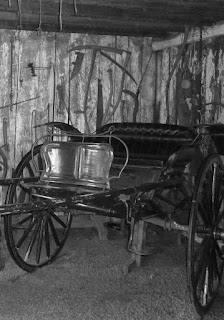 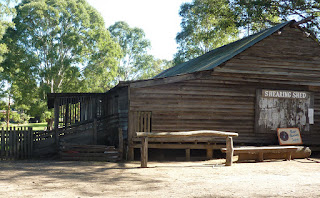 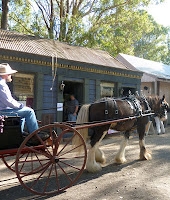 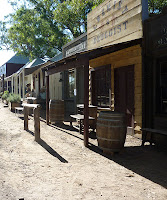 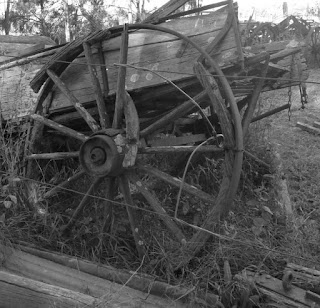 Posted by Raymond Sanderson at 22:42 No comments: