An ornamental Ooopps "Sorry Your Majesty"

The 60th Jubilee is a great and well deserved Honour to the Queen.
To the Duke a speedy recovery.

In browesing news articles and photos I spotted a small oops in Ornamental Turning. The two chairs with finials attached on top, one of which does not match the direction of the other three nor the cut on the very top match the count of cuts. 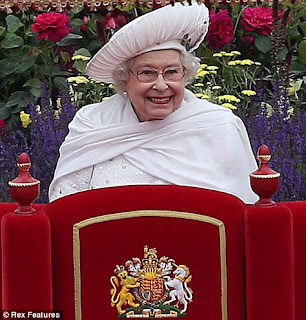 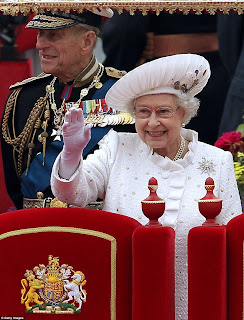 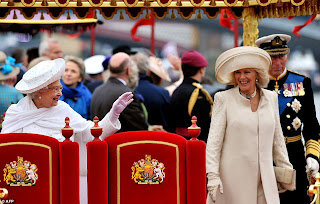 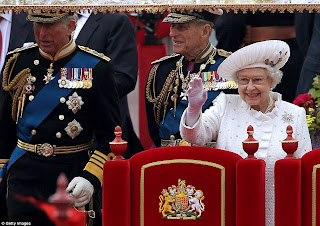 Posted by Raymond Sanderson at 10:45 5 comments: Links to this post

On mothers day Nathan & Bianca where watching me use my spinning wheel Nathan asked could he have something made from what I was spinning of course Bianca soon chimmed in. Beanies was the choice something to ward off these cold winter days.

Today I gave them  each the beanies Tangerine for Bianca and blue for Nathan. Both were dyed, spun and knitted by Nanna with love. 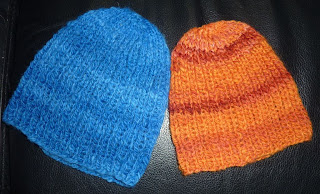 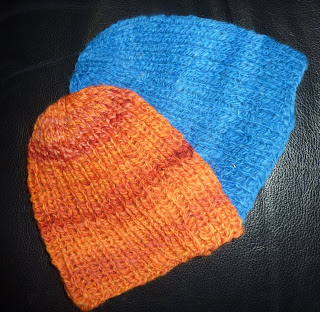 Posted by Raymond Sanderson at 20:04 No comments: Links to this post

A couple of years ago some hoons did me a big favour in the early hours, further up the street and round the bend. They not only put the car sideways into a Jaccaranda tree and knocked it over but the owner of the home then took to it with a chainsaw from the roots up as it had been so badly bold over. All bits were left on the sidewalk for weeks maybe a couple of months. Sue kept asking if I wanted it my reply " yes but no where to put it". Then the morning Belinda & John were getting married she said that it was still there and being August/winter someone would use it for firewood. Thats all it took she came back with the back of the car full. I shared a number of pieces with freinds keeping a fair bit for myself including the large root ball.

The smaller of the two showing grain

The 2nd larger with the void and grain, it was a choice of loosing the void to make the vase shape. 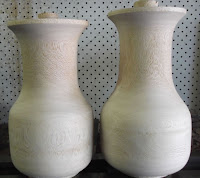 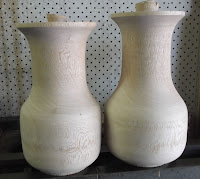 4 sides showing the grain of both pieces. 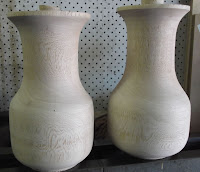 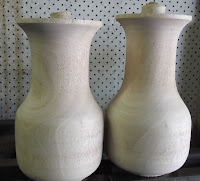 Now to make a large steady rest suitable to hold the neck while I turn the end grain and hollow them out.
Posted by Raymond Sanderson at 13:30 No comments: Links to this post