I had chance to set up a drilling rig so I could drill and position the spoke holes using the indexing on the lathe. The drill stand is one I picked up from Aldi's it has a good solid cast steel base, the post is just tube and only light. The mounting for the drill is sturdy, the operation of the drilling mechanism is a bit sloppy but easy to align and drills straight. I used a Centre bit for easy alignment and a pre-drill, the holes where then bored out to 3/8. A Brad bit would have done the job in one go but the height set up would not have allowed for one.
Posted by Raymond Sanderson at 13:03 No comments: Links to this post 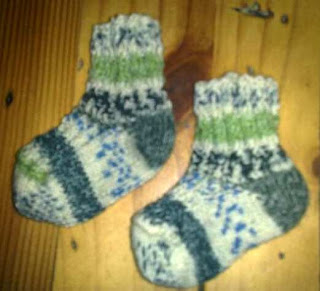 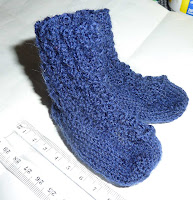 The arrival of our new grandson Brodie had Sue making two pairs of socks.
Posted by Raymond Sanderson at 12:44 No comments: Links to this post

MAKING A SPINNING WHEEL AT PORTSONACHAN

Making a spinning wheel when lathes where treadle powered.
Posted by Raymond Sanderson at 15:33 No comments: Links to this post

Progress of the Spinning Wheel

After having rough turned the spindle parts prior Christmas I have got as far as dry assembling the main body of the wheel. I still have away to go. The wheel its self, although the spokes are done as well as the hub. Metal work such as the drive axle and maiden axle/shaft. The footman and drive pulleys. 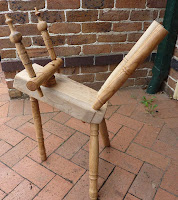 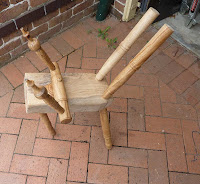 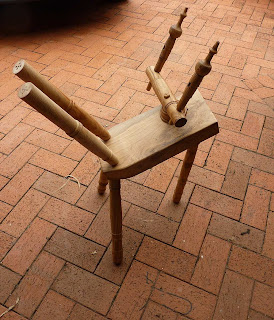 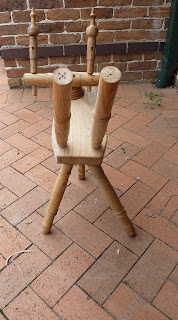 The Restoration is also slowly progressing, the leg repair in this post another-step-forward has since been coloured to match and sanded. Timber for the footman has been cut but I am unhappy with the state of the wood as its is heavily splated and may prove to fragile for such a work area.
Posted by Raymond Sanderson at 13:46 2 comments: Links to this post

Steamed Up at Oberon OR The Passion Never Dies

Saturday 12th February we headed out to Oberon and the  Oberon Steam Festival
A late start saw us arrive about 10.30am after a drive across the Great Dividing Range once known as the "Impassable Barrier". The Blue Mountains  towns were overcast and already signs of Autumn from tree's dropping their leaves this is very early.
I have a passion for steam going back to my childhood in England where I grew up around a time when steam was alive and in use daily. Having worked at Greens Motorcade Museum in the 70's where I was restoring vehicles, George Green had a few traction engines on display.

One of the vehicles I used to drive around the museum is now located in Canberra's national Museum.

I need to thank my Coach Building TAFE teacher Mr Bob Macky for his encouragement in pursuing restoration work of Vintage & Veteran vehicles.


I have digressed ah well.
Oberon lies west of Sydney some 2 hours drive through rural and forest, at any time of year a flurry of snow can happen.

Commonly known as a "Widow Maker" this log saw has some kick. 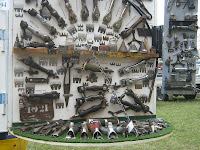 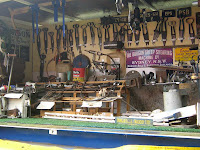 An interesting display of Sheep Shearing tools from over the years. Caught Sue's attention as well as mine. 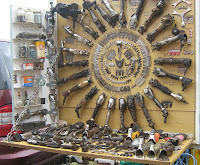 A miniature set hand made by a lady in South Australia. 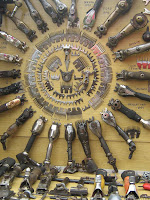 A number of working Steam traction Engines and stationary engines were on display. 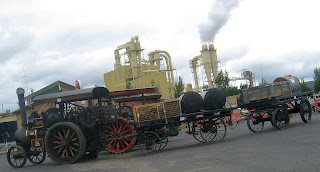 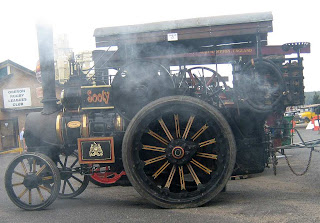 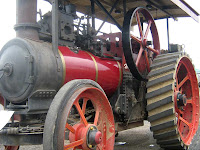 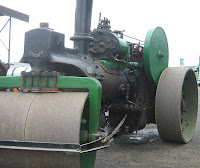 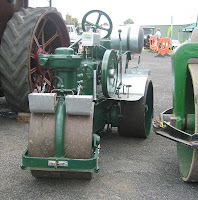 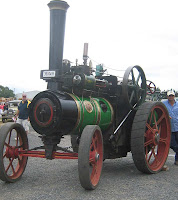 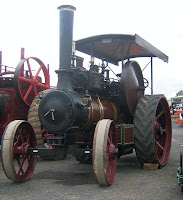 The Best Of British a magnificent Rolls Royce 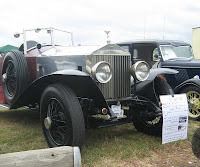 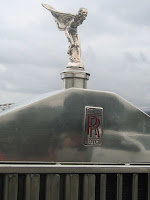 The above Ford GT was released in the early 70's and one of the vehicles I started my apprenticeship as a Mechanic/Motor Vehicle Builder working at Wright Ford in Sydney.
Australian Holden FJ lovingly restored and an original looking 149 Grey motor. Note you can almost stand in the engine bay and work on it. You could do all the repairs yourself. 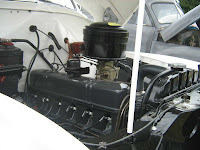 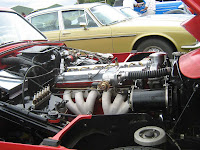 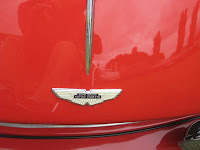 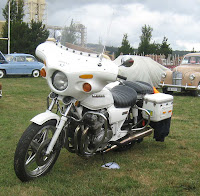 I must add after getting around to see everything, Sue had just ordered lunch when the skys opened and it still has not stopped raining at Oberon and its Sunday. We never got back to the stalls to buy tools and books.
Posted by Raymond Sanderson at 14:16 2 comments: Links to this post