Getting Closer to Christmas and New Year


November, although organised after deciding the vegie patch was to go, in its place would be a new garden shed to house stuff to do gardening with and maybe some timber and wood.

A big thanks goes to Den's Handyman Service Den has become an asset to us for work we can no longer do ourselves. Den formed up laid the concrete and struggled to erect the shed. It took four of us to complete it with the winds over two days assembling and erecting it. Den who's off sider deserted him for two days, Eric our neighbour Sue and myself the three of us holding panels up while Den raced round screwing and pop riveting. 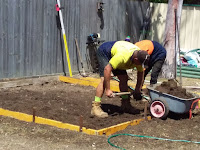 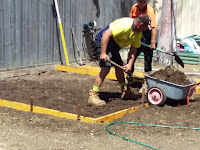 Den and young Shaun work as a good team, preping and forming pore due Monday so it had a few days to dry and settle.

Thats the last we will see of Den's truck  when the job was completed it has been replaced by a new vehicle.

Yes thats the true temp taken at 8am. 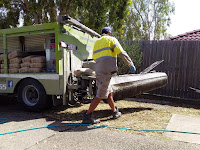 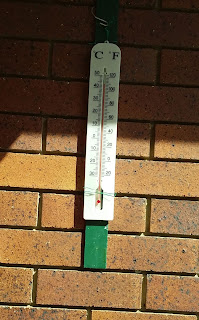 I had organised for Concrete taxi to do the mix and deliver mixed on site, barrowed through to the back yard. This is not an ideal way to do a pour. If the ruck could have fit through the side gate then it would be. 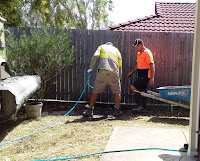 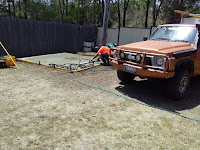 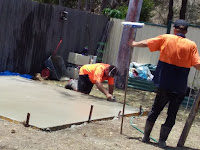 Gave the cement a few days to dry keeping it moist for 3. 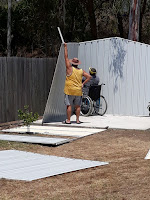 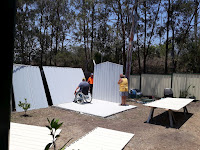 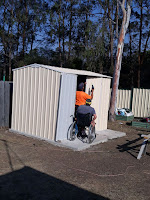 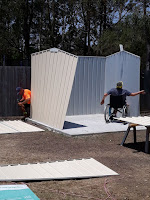 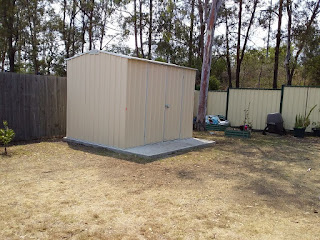 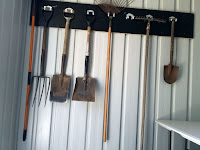 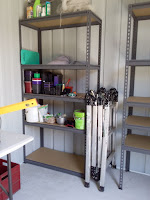 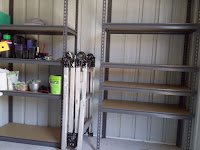 Sue made a new garden, bought some plants, Tea Tree x3 these will hopefully help keep the northern side cool once they grow tall enough. 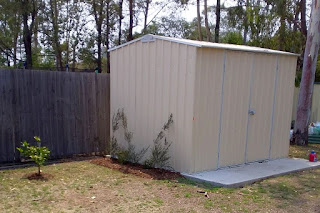 Another warm November morning not even 9am.

One job done another starts.

The day Belinda and Sue came up to inspect the house Mark called in to see how I was doing, he took one look at the floor plans and insisted we have the glass sliding bedroom door changed as soon as possible. Thanks son.
No way was the wheelchair able to fit through it in an emergency such as fire. Ok so it took just over three years but its done, we also replaced the single sliding window above our bed to dual so air circulation is better and Sue can open her side while mine is not as far open ha ha.

I couldn't help but laugh when Gary the boss had his son Calum on site along with Michael, when Michael lifted the screen doors up to install them thy were 50mm short.
Someone had inadvertently given the assembly guys (Michael) the original measurement sheet not the updated one. Garry ow takes more notice of what he's handing out.
The double slide was not one, Greg's Glass and Glazing had done trials before instillation back in the factory. Now wide enough to enter and leave i the wheelchair just need to watch that first step. Air flow vastly improved and tinting cut down heat. 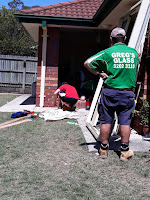 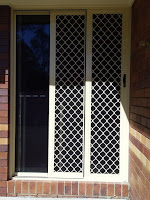 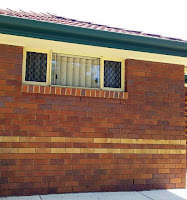 One of the QMAC members from Coffs Harbour lost his home and business as a Blacksmith due to the fires.
I knew Seth had just purchased some 100+ hammer handles as he makes Blacksmith and other types of hammers, so I offered to make what I could. Another member Adam supplied me the timbers Blue Gum, Crows Ash and Bloodwood. Not the greatest materials as splits and cracks were deep, but here goes. 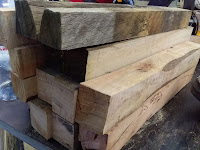 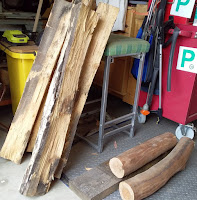 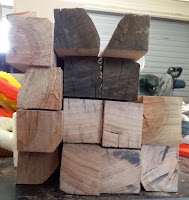 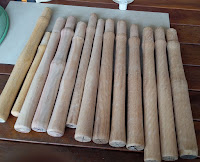 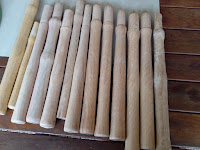 One had me duck for cover as it flew past my left ear. Not the best I've turned but material guided me, only one oval shape the rest I turned plain round but shaped for better grip. Sizes came about due to splits and cracks Here's hoping they stand up to a beating.

Strip down has begun of the Jig Borer I'll post a full review on it when it is completed. 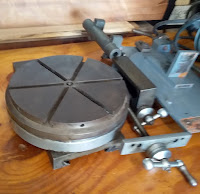