It's that Time of Year December has Arrived

Over the last three months handling NDIS and providers such as Occupational Therapists in trying to have bathroom alterations done as well as a new wheelchair became a nightmare. Hours spent chasing, organising, trials and tribulations a plenty in the end formal emails sent to NDIA and NDIS head office as well as Ministers due to problems. In the end I handed all over to those in power in NDIS and NDIA HQ I couldn't take any more accusations or stress. I am now onto my seventh Occupational Therapist here's hoping.


My phsyio Alex who spends an hour with me in Hydrotherapy on Wednesdays and in rooms Thursdays has made big changes to muscles and movement.
Chrissy my support worker also has been brilliant can't complain, taking a load off Sue twice a week.

December that month many hate due to end of school, Christmas prep and shopping no idea what you complain about.

I did my shopping partly on line I ventured into the three day sale in November to inspect the HM-46 I had had my eye. I laid everything out that I wanted on this machine bringing the price up to about $5k
While at the sale one of the H&F fellows pointed out the HM 48, I did some checking on line and sums.
It got delivered and installed prior Christmas. My new HM 48 Milling Machine from Hare and Forbes many thanks to Matt Hare and Dave Hurst for their time, patience and arranging delivery etc through Websters.
I had one major request prior delivery and assembly, that was that the access to the coolant was to be toward the front not in the rear as usual. They obliged thanks gents 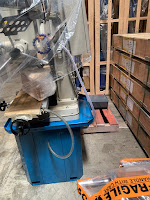 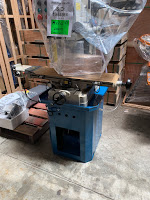 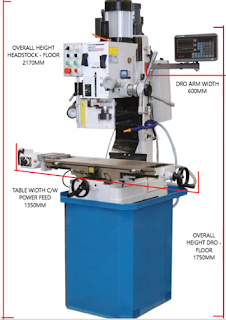 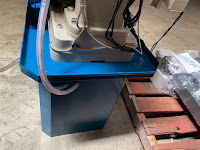 A quick phone call had some dimensions greatly required but that is not in manuals. Total weight is around 500kg.

It is installed thanks to Websters.
Not bolted down it seems the concrete has a slight rise right in the middle of the stand giving a rocking if and when pushed on at height. Annoying so at this point no swarf has been made. I also got some tooling to get me started/ I do have other which is used already on the Myford ML7. 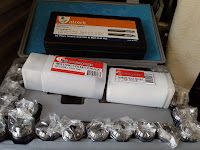 Our visitors this year are a family of Tawny Frog Mouths they have being about for two months. All photos of them by Sue. 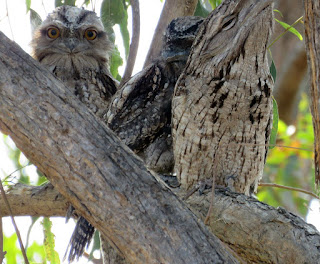 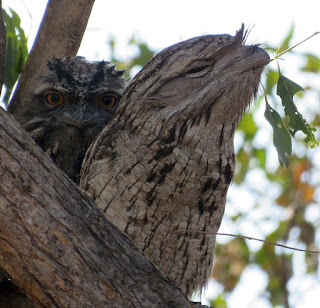 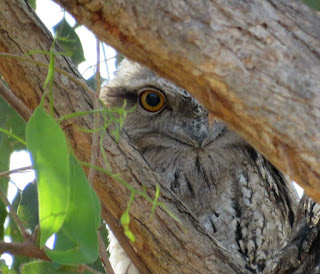 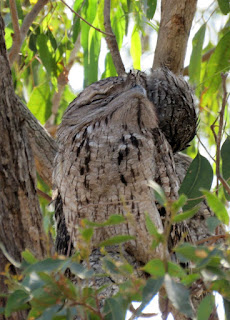 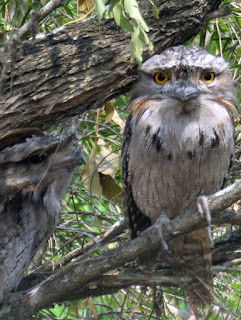 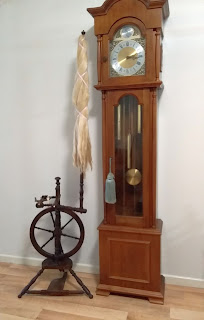 Almost forgot we picked this nice Flax spinning wheel up for Sue, it is European with adornment of either Ivory or bone and has bobbins missing and a repair required to one leg. Yes that is Flax attached.


Merry Christmas and Happy new Year belated as these post have been.
Posted by Ray & Sue Sanderson at 18:59